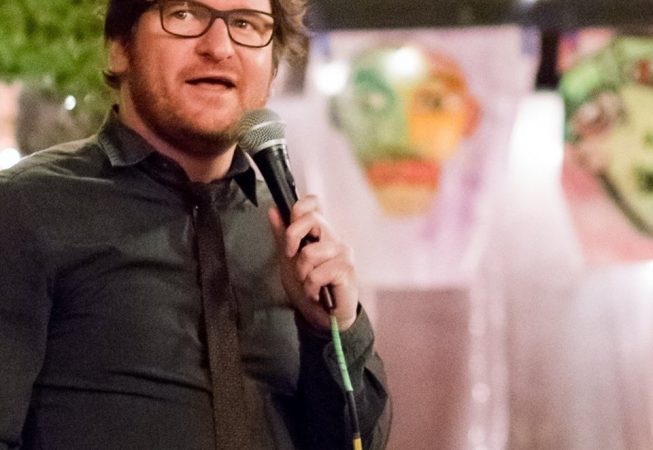 Originally from Ireland (by way of Australia and England…long story), Adam Burke has been performing comedy in Chicago and throughout the U.S. for over fifteen years. He is a fixture on showcases and clubs throughout the Midwest and beyond. He is a regular panelist on NPR’s popular comedy quiz show Wait Wait Don’t Tell Me, and was a writer for WGN’s Man of the People with Pat Tomasulo. He also hosts his own topical comedy meets mixology show “The 5 O’clock Somewhere News” on Instagram and YouTube. Voted Best Standup by readers of The Chicago Reader in 2014, he was also the winner of Second City’s Up Next Comedy Competition. He has appeared at numerous festivals including HIgh Plains (Denver, CO), Bridgetown Comedy (Portland, OR), Just for Laughs Chicago (four years running), and the local stage of Funny Or Die’s Oddball Comedy Festival. Burke released his debut album Universal Squirrel Theory on A Special Thing Records in 2012.