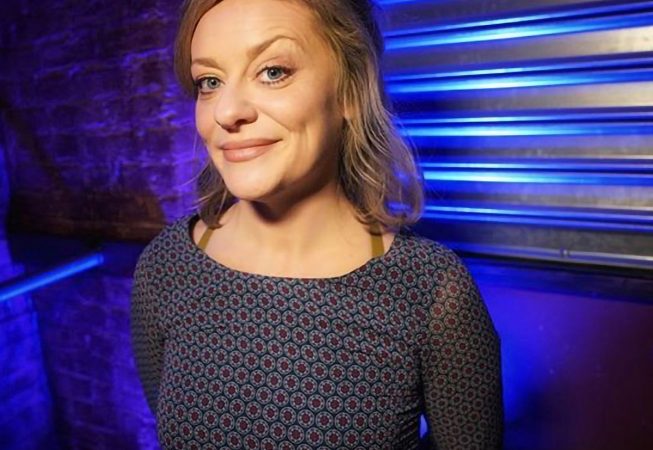 Kristen Toomey’s comedy career began in 2008 in Chicago. Since then she has headlined clubs all over the country and in Canada! She recently signed with The Stand Group out of New York.
Her commanding stage presence and energetic, expressive and truthful style of comedy are just a few of the reasons entertainment website, The A.V. Club, said, “Kristen Toomey is a Chicago original.”

Recently, although recorded in 2016, her debut album reached #1 on iTunes.
When in Chicago she can be seen at Zanies, Laugh Factory or some of the best independent shows like Comedians You Should Know or Paper Machete.
She has performed at numerous festivals, including the prestigious Just For Laughs Festival in Montreal, Chicago Women’s Funny Festival, Turnbuckle Comedy & Music Festival in Iowa , Pygmalion Festival in Champaign, Flyover Festival in St. Louis, LaughFest in Grand Rapids, and Oddball Festival.